Authors Take Note: Yet Another "How Not to Get Published" Story 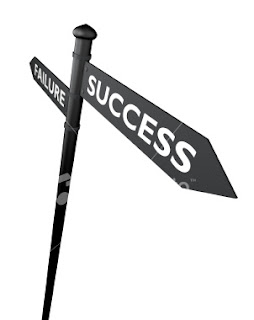 An author (let's call him Scott--not his real name) sent a query to us through the proper channels about a Civil War manuscript he had been working on for quite some time. I won't mention the subject, but let's say it is on a topic long overdue. He claimed to have conducted extensive firsthand archival research from coast to coast, and that his work was, he hoped, as definitive as possible.

Realizing the topic had not been covered for decades, and that Scott's work would fill a giant void in the literature, I promptly replied and asked to see his manuscript. Truly, I was excited to read this one.


Scott thanked me for the quick reply and asked if I wanted a hard copy or digital. I asked for the former.
One month passed without a word or a manuscript.
I emailed and asked the status of the manuscript, always of course using "Dear Scott" and all proper etiquette as is appropriate in formal business communications.


His reply, without a salutation or a signature, read simply:  "I've been really busy. Thanks for the continued interest. I will send it to you on Friday. Thanks again."
OK, I thought, a bit casual (it has long bugged me when people don't use a name or sign an email), and a month had passed, but this manuscript sounds worth it. Now . . . I know what you are thinking. No salutation or signature? Big deal! So what!

Well . . . having been around the block a few times, I can spot the tiny red flags in the distance that tend to signify small issues that invariably usher in larger ones. Seriously. At this stage of a business relationship, it signals a type of a personality that can be . . . challenging. At least, that has been my experience.

I sent back a slightly more casual reply to put him at ease (though always with a signature) that he should not sweat typos, and that we are simply reviewing the manuscript in a more general sense.

Again, too flippant and off-the-cuff for my tastes at this stage of the relationship, but . . . a good manuscript would make up for that. And, I tried to convince myself, I was reading too much into a couple emails. Still, something did not feel right. Somehow this was not going to end well.

The manuscript arrived. Suffice it to say I was shocked when I withdrew it from the envelope and found it rather . . . thin. What he had been touting as the Second Coming should have been several hundred pages. It was but a fraction of that. I glanced through it with grave disappointment, read a few pages here and there, and then checked the notes--or tried to. There were none. Nor was there a bibliography. Nor was the manuscript the full study (as best I could tell). And worse still, it was a polemic, not a balanced treatment of any kind.

So after all that, I spent my time reviewing a partial "I am going to set the record straight" manuscript with no documentation. Worse, much of what I did read was wince-worthy. I sighed, clicked open email, and replied by explaining that no publisher can evaluate a partial work in this field without seeing the notes and bibliography, and he did not advise us that he would be withholding them.

Instead of an apologetic reply and an offer to submit what he had, he shot back a rather terse (unfortunately I accidentally deleted it) answer that he was not willing to share his research in fear it would "get out," or words to that effect. He then asked where his physical copy was located.

Again, I took the time to try and help explain to him how this process works, and offered him a choice on how to move forward. My reply:

It is sitting on my desk and not going anywhere.

We don't evaluate manuscripts piecemeal, David. You have an outstanding opportunity to produce the book on Rosecrans that deserves to be written, but if you make it a polemic, the original research you performed for so long will be lost the negative reviews you will receive about forming an idea and then crafting a book to support your thesis.

At this point we can:

3) You may forward a SASE and we will return it to you.

All I can say is "Wow! What an idiot!" If you had responded to a query sent by me asking to see a manuscript I produced, I'd be turning cartwheels all the way to the post office immediately after reading your email. I would do anything and everything in my power to place my manuscript in your hands as quickly as possible and to make sure that it was everything I promised it would be.

Some people need to sit in their rear corner cubicles--and stay there.

Scott (not THAT Scott)

I'm not sure where and when the breakdown in social register started to happen, but I am constantly aware that I have to teach my students and my student's parents the importance of it. Perhaps it is a general sense of casualness that has grown from the speed and, unfortunately, the volume of electronic correspondence.

We have too quickly veered away from personalized, yet formal, letter writing. It was a kinesthetic connection between people.

As a former lit agent and editor, I've seen worse. And in my early writing days, I've BEEN worse.

Bottom line: a history book worth reading is not some well-researched thesis but a STORY.

Therein lies the rub; the reason so many authors can't tell a story is they never had one to begin with and try to 'write' their way around it, clogging up the work with cut-and-paste exposition.

"I've written, therefore I'm a writer," too many believe and publishers should jump through hoops for the privilege of paying them for it.

"As the e-mail and query go, so goes the manuscript" never fails, but try telling a 'writer' that.

I've noticed an increase in short casual emails over the past couple of years...It is the Twitter mentality. People are using their HHDs to conduct real business. Not a good idea. For authors (and aspiring authors...) especially, early correspondance should be well thought out. It takes me at least a couple hours sitting at my REAL computer to write an intital email pitch. Pitching a book is not the same as dealing via email with co-workers that you are in constant email communication with. It can't be done by Iphone. Good post.

'Twitter mentality'? Now you know how the manned bomber felt when ICBMs came on line.

The book is yet another 'data delivery system' being downgraded by technology.

There will still be books and manned bombers, but neither will a 21st Century war.

As a writer working hard to get to the point where an agent wants to read my work, I am appalled. I hear stories like this again and again. How can people be so clueless?!