Who Says History is Boring?

Every field of endeavor that is conventionally thought of as uninteresting and dull needs a smart, sarcastic, sex symbol to enliven it. In the field of history, Sarah Vowell is that person. Having previously written a book about a road trip to tourist sites devoted to the assassinations of Presidents Lincoln, McKinley and Garfield, the squeaky-voiced history wonk has turned her attention to another potentially mind-numbing subject — the Puritans.

Vowell, who is popping up on radio talk shows promoting the book, "The Wordy Shipmates," has her own ideas about the group.

"My Puritans were not the generic, boring, stupid, judgmental killjoys" history makes them out to be, she says. "Because to me, they are very specific, fascinating, sometimes brilliant, judgmental killjoys who rarely agreed on anything except that Catholics are going to hell," Vowell writes in the book.

She doesn't consider herself a historian, but has recently become more comfortable thinking of herself as a writer who can teach history in her own way.

It is with tremendous sadness that we pass along to our readers that bodybuilding legend, entrepreneur, philanthropist, Napoleonic scholar, and a tremendously good man, Ben Weider, passed away suddenly Saturday night in Montreal, Canada. The cause of his death was not immediately known. 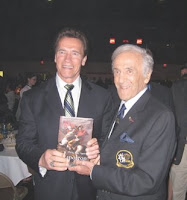 Weider was a businessman of world-wide stature. He built an industrial empire at the head of the International Federation of Body Building, which he founded and over which he presided for decades. Dr. Weider is the author of many published works translated into forty languages, including the global bestseller The Murder of Napoleon and our own The Wars Against Napoleon. He founded in 1995 The International Napoleonic Society (INS), a non-profit association based in Montreal. France awarded Dr. Weider the distinction of chevalier of the Legion of Honor in 2002. Weider "was instrumental in launching Arnold Schwarzenegger's career in the United States."

For more information on Ben and his extraordinary life, see this article.

Weider recently purchased the core of American history magazine publishing with Civil War Times, America's Civil War, Vietnam, and many others, all published now under the Weider History Group imprint and overseen by his son Eric.

I regularly spoke with Ben, who had a wonderful sense of humor, a caring heart, and was always a man of his word. I will miss him very much.

Savas Beatie extends its deepest condolences to the Weider family.

Several Titles Sold out, Coming back in Paper

Every publisher perusing monthly sales and inventory reports enjoys watching particular titles sell strongly, or at least steadily, until they sell out.

And therein rests the dilemma. Are sales strong enough to warrant a reprint? Is it worth paying a printing bill up front to so so? Hardcover or paper, or a split run?

We recently sold out of these longstanding steady sellers: The Guns of Independence: The Siege of Yorktown, 1781, by Jerome Greene; Steel Boat, Iron Hearts: A Crewman's Life Aboard U-505, by Hans Goebeler with John Vanzo; The Quest for the Lost Roman Legions: Discovering the Varus Battlefield, by Tony Clunn. Each has its own unique market, in addition to the general trade.

The Guns of Independence: Yorktown title, for example, has always done very well at the Yorktown and other Revolutionary War battlefields and fully warrants a paperback in the spring.

Steel Boat, however, does not have similar park outlets. But it does have the one and only Chicago Museum of Science and Industry, which houses the renovated (and MUST SEE) U-505. The heavy and constant turnover in attendance has resulted in solid hardcover sales there. Not in huge numbers, but sufficient to witness a steady drain in inventory with zero returns.

Major Clunn's Roman Legions book is very unique. It sells well in an English-language hardcover in Germany at the museum erected to interpret the Varus 9 A.D. battlefield and the thousands of artifacts pulled from the ground. It has also been a good seller in the general trade market here in the US.

All three of these titles merit reprinting, in paperback; the Clunn title will appear in a split run (X number of hardcovers, and Y number of paperbacks). Watch for them in our Spring 2009 offerings.

Once a Marine author speaking to his former 1st Tanks outfit in 29Palms. It is about 45 minutes, with questions. The Introduction of Gunny is not included.

Link: C-SPAN Once a Marine.

Click the small red "watch" button on the upper right.

"Find them, fix them, finish them--take the initiative. You are the hunter, not the prey." -- Nick Popaditch
Posted by TPS at 2:27 PM No comments:

Each publishing company exists for different reasons. One of my "prime directives" has been to find gems in the rough--unpublished original manuscripts on important topics that deserve a good book--and craft them into books people want to purchase, read, and own a lifetime.

The Road to Saratoga: A good example of the execution of this directive occurred a few years ago when I discovered Jerome Greene's spiral-bound unpublished work on Yorktown. It was produced for park insiders during the bi-centennial years, and so never intended for public consumption. Greene's work was built on a mountain of archival and firsthand knowledge. There was something damn near definitive on those yellowing pages. One need only manipulate, write, add, design, and envision the big picture to produce something worthwhile for general readers and scholars alike. And so I connected with Mr. Greene, and together we collaborated to produce The Guns of Independence: The Siege of Yorktown, 1781 (2005). This title was a book club selection and has been a strong seller. We are pleased to announce our distributor has effectively sold out in hardcover (we have perhaps two cases left--hurry if you want one). It will be reprinted in paperback in Spring 2009.

Discovering Saratoga: John Luzader, a WWII Army Ranger served as the staff historian at Saratoga National Historic Park in the 1960s. During his tenure he scoured archives on both sides of Atlantic, he walked every yard of Saratoga's expansive battlefield (and its related satellite engagements at Fort Ticonderoga, Fort Stanwix, Oriskany, Bennington, and others), and decided that many of the pivotal issues we had been spoon fed by other writers and historians through the years were simply wrong.

John began writing what would become his opus magnum decades ago. His style might be termed "old school"; it drips with charm, verve, authority, and insight. John kept writing, year after year, tinkering, putting it aside, writing, tinkering . . . As bestselling author and former chief historian for the NPS Robert Utley told me, "John just could not let go."

With some prodding from friends and fellow historians (including Jerry Greene), John "let go" of his manuscript to Savas Beatie. A finished copy sits in front of me as I type these words.

Returning to Saratoga: The 87-year-old Veteran of D-Day--still sharp as a tack with a dry wit that is contagious--is on his way back to Saratoga today. He will speak and sign books there and at Forts Ticonderoga and Stanwix over the next few days, and has already been interviewed by several talk radio stations.

John's deep insight into the campaign and its personalities opens windows into the American Revolution in general, and Saratoga in particular, that no other historians have explored as well or as deeply. The book is a treat to read, from the opening chapter exploring the halls of British power and the roots of the 1777 invasion to the final chapter explaining the ramifications of the campaign.

All of us here at Savas Beatie are honored to finally make John Luzader's lifetime of work available to the general reading public. We hope you enjoy it.
Posted by TPS at 8:46 AM 3 comments: 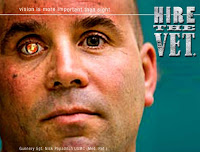 A former Marine tank commander who served in Iraq, Gunny Pop talks about his life in the military "as a trigger-puller" and his service in Iraq. He also discusses at length his severe wounding in Fallujah in 2004 and the lengthy recovery process he and his family endured.

His book hits bookstores nationwide and Amazon October 7. Don't miss this one.