Richmond Redeemed: A New Edition of a Civil War Classic Other than for a short time, I have been a member of the History Book Club since I was about 12. In 1981, the book I could not wait to arrive was dropped at our back door since it didn't fit into our mailbox. I spent the next week pouring through its detailed prose and studying the maps (sometimes with a magnifying glass). Part of it was read in dressing rooms on the road while playing with the band Disciple. Little did I know that 33 years later I would print a completely revised and updated version of one of the foundational cornerstones of Civil War publishing.

Richmond Redeemed pioneered study of Civil War Petersburg. The original (and long out of print) award-winning 1981 edition conveyed an epic narrative of crucial military operations in early autumn 1864 that had gone unrecognized for more than 100 years. Readers will rejoice that Richard J. Sommers's masterpiece, in a revised Sesquicentennial edition, is once again available.

Order this book by clicking here. 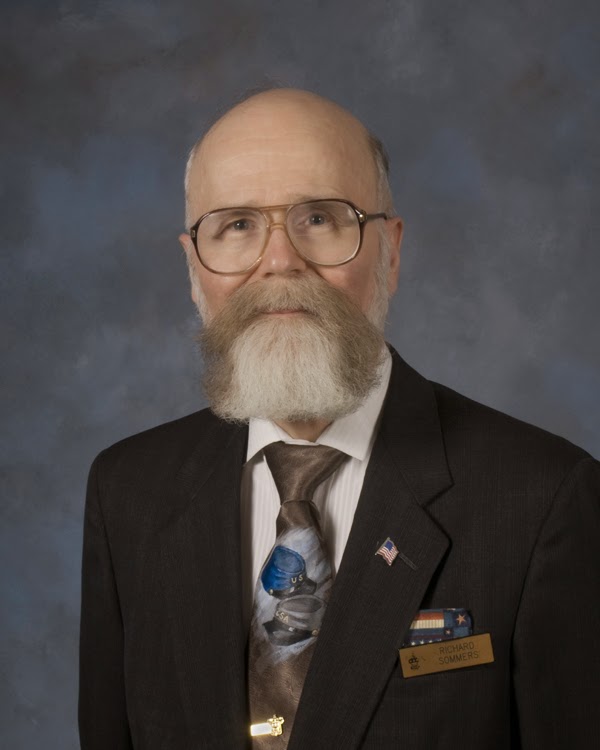 This monumental study focuses on Grant's Fifth Offensive (September 29 – 64), primarily the Battles of Chaffin's Bluff () and (Peebles' Farm). The Union attack north of the at Chaffin's Bluff broke through 's defenses and gave Federals their greatest opportunity to capture the Confederate capital. The corresponding fighting outside at so threatened Southern supply lines that General Lee considered abandoning his rail center six months before actually doing so. Yet hard fighting and skillful generalship saved both cities. This book provides thrilling narrative of opportunities gained and lost, of courageous attack and desperate defense, of incredible bravery by and Confederate soldiers from 28 states, to . Fierce fighting by four Black brigades earned their soldiers thirteen Medals of Honor and marked Chaffin's Bluff as the biggest, bloodiest battle for Blacks in the whole Civil War. In addition to his focused tactical lens, Dr. Sommers offers rich analysis of the generalship of Ulysses S. Grant, Robert E. Lee, and their senior subordinates, Benjamin Butler, George G. Meade, Richard S. Ewell, and A. P. Hill.

The richly layered prose of Richmond Redeemed, undergirded by thousands of manuscript and printed primary accounts from more than 100 archives, has been enhanced for this Sesquicentennial Edition with new research, new writing, and most of all new thinking.

According to Dr. Sommers, this new edition contains much new material: 168 new printed and manuscript sources, nine new illustrations, 231 new endnotes, two new appendices, even a handsome new dust jacket.  Except for those appendices, the new material is not concentrated in specific places but is interwoven throughout the entire book.  This is especially true for the new thinking, new analysis, new approaches to understanding and presenting generalship.  All these additions make the 150th anniversary edition essentially a new book.  To use your categories, I would estimate that 10% to 20% of the book is new.

Yet all this new material is available in a book that is actually 28 pages smaller than the 1981 edition.  This is because the current book uses longer lines with slightly smaller type point.

Dr. Sommers' new analysis brings new dimensions to this new edition. In addition to being a selection of the History Book Club (then and now), the National Historical Society awarded him the Bell Wiley Prize as the best Civil War book for 1981-82. Reviewers (then and now) hailed it as "a book that still towers among Civil War campaign studies" and "a model tactical study [that] takes on deeper meaning . . . without sacrificing the human drama and horror of combat."

Complete with maps, photos, a full bibliography, and index, Richmond Redeemed is modeled for a new generation of readers, enthusiasts, and Civil War buffs and scholars, all of whom will welcome and benefit from exploring how, 150 years ago, was redeemed.

(Stay tuned for a post on the exciting new enhanced e-book for this title.)
Posted by TPS at 10:53 AM 2 comments: