How Hard is it to Sell Large Numbers of a Given Title?

How hard is it to sell a book?

"To get a sense of the odds, in a random analysis of 1,000 business books released last year, Codex Group, a publishing consultant, found that only 62 sold more than 5,000 copies."
--New York Times, March 30, 2010
Now, which pool is larger, business readers or niche history?


It never ceases to amaze me when an author (almost always a new one), submits his manuscript and then tells me to make sure and print at least 50,000 copies for the first run. I usually smile and attempt to temper expectations. "Remove one of those zeros, Sam, and you might be in the ballpark."
Then again, that reduced number might be twice the number you actually sell.

We hear much these days about how e-books are going to overtake print  books and eventually make print books . . . obsolete. Perhaps.

A lot depends upon the cost structure, including royalty levels. The issue is thus far built on a foundation of shifting sand and how it plays out remains to be seen. But let's face it: how many successful e-books can you name that are not the outgrowth of a print version? I can't think of many (or any). There might be a few, but if so they were special deals driven by a big name like [fill in the blank]. What about the rest of the author universe? 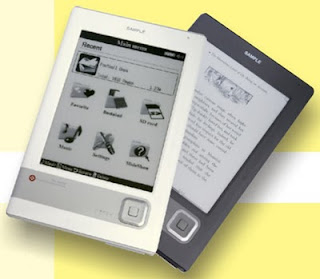 The point I am inartfully trying to make is that authors still have to research and write (expensive), find a publisher, and publishers still have to evaluate, develop, edit, format/design, market, and produce. As one recent literary agent recently announced, "Welcome to the future. It looks a lot like the past."

How many publishers can do that for an e-book that retails for the cost of a trade paperback (or less?) Not many, I fear.

Posted by Richard Lowry, the author of the forthcoming New Dawn: The Battles for Fallujah (Savas Beatie, May 2010).

To the cast and crew of “The Hurt Locker,” congratulations and thank you for bringing this powerful message to the American public about an heroic EOD team working in Baghdad. This film provides a microcosm of what it is like to be fighting a 21st Century war in the Middle East. Imagine The Hurt Locker on an epic scale. 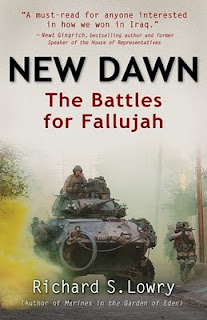 I suggest you read the rest here.
New Dawn is a very important book--consider the extensive operation as the Gettysburg of Iraq. I commend it to everyone who wants to experience modern warfare through the eyes of those who have to fight it: door-to-door, house-to-house, and street-to-street. Just reading the manuscript made me anxious, occasionally angry, and always proud.
--tps
Posted by TPS at 9:55 AM 2 comments:

One of my favorite historians, Victor Davis Hanson, penned a very interesting (and very long) piece about the cyclical nature of warfare.
Enormous, massively destructive engagements may again be on the horizon.

Have we not seen, then, in our lifetime the end of the Western way of war?”

Two decades ago, I concluded The Western Way of War with that question. Since Western warfare had become so lethal and included the specter of nuclear escalation, I thought it doubtful that two Western states could any longer wage large head-to-head conventional battles. A decade earlier, John Keegan, in his classic The Face of Battle, had similarly suggested that it would be hard for modern European states to engage in infantry slugfests like the Battle of the Somme. “The suspicion grows,” Keegan argued of a new cohort of affluent and leisured European youth—rebellious in spirit and reluctant to give over the good life to mass conscription—“that battle has already abolished itself.”