Divining the Past From Recollected Scraps....

X
It has taken me a while, but I got there.

After digging into firsthand accounts for 30+ years, and publishing books for nearly that long, I have reached a few conclusions. Sometimes grudgingly, sometimes easily. But I am there now, and there is no going back. 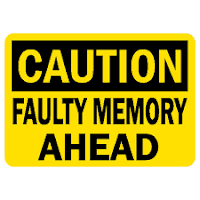 One conclusion I have reached is that what we often believe are “accepted facts” are only “facts” until you research them yourself and check the sources the authors relied upon.

Far too often, what has come down to us originated from a single pen copying a quote of someone long dead, and was then copied, endlessly, one writer at a time, one book at a time, one article at a time. But each time the "fact" was recorded a tad differently. An extra adjective here, a few extra words there.


Quoted material is often (not always, but often) flat out wrong and often taken out of context–or in some cases simply made up, or has nothing to do with the conclusions reached.

Quotes are routinely cherry-picked evidence to grind a particular axe. If you doubt this, think about what happening on today's media front, or for examples from our past, read the meticulously detailed footnotes in John Bell Hood: The Rise, Fall, and Resurrection of a Confederate General, by Stephen M. Hood. This book will make you angry at how some authors manipulated data to affect an outcome in your mind. It sure did me.

Just yesterday I was reading Resolute Rebel, the new biography on Roswell Ripley for a magazine review. Ripley has come down to us as a less-than mediocre and difficult officer who had problems getting along with pretty much everyone and was liked by almost no one. I have accepted and believed that for 40 years. Except . . . the evidence doesn't seem to support it.

One instance noted by the author concerned Ripley's objection to Governor Pickens' constant "interfering" with his troop dispositions around in late 1861, the department under Gen. Robert E. Lee. Ripley told Pickens his meddling was causing "confusion and harm." Pickens passed this information on to President Davis and alleged that Ripley said "extreme things" about Gen. Lee, and that Ripley may be calculated to do "great injury" to Lee and his command. The letter exists, yet has nothing in it about precisely what Ripley wrote or said. Nothing.

Pulitzer Prize-winning author Douglas Southall Freeman seized upon "extreme things" (hearsay, by the way) and elevated that to this: "For some unknown reason, Ripley took a violent dislike to Lee." [R. E. Lee, vol. 1, 617.]

Others have built upon Freeman's thrust. And so it has come to pass that Ripley was difficult, and despised Gen. Lee. The evidence? None at all.

Little is as it seems, or as it has been fed to us.

My experience as a former trial lawyer and historian led me to a second conclusion: Eyewitness evidence is wholly untrustworthy MOST of the time–and especially when witnessed under stress.

Most people do not believe this. I staged a loud fake 30-second argument with a "student" in front of one of my college law classes--I taught in the undergraduate college while in law school--and then asked the class specific questions in writing. They could not agree on the "student's" height, weight, hair color, clothing, or the words spoken. It was incredible. The student were shocked by the outcome.

Here is a link to a few classic examples.  Watch a few of these video tests: http://www.theinvisiblegorilla.com/videos.html. Also read Part III of Greg Michno's new Battles of Sand Creek: In Blood, In Court, and as the End of History. (Michno also explains how each time we think of something from the past, we "add" to it something and then rewrite the old memory like a hard drive. It is still "real" to us, because it is our memory.)

Judging someone’s “attitude” or “demeanor” or basing a conclusion on a couple sentences someone overheard or recalled or saw days, weeks, years, or decades later is in my opinion just foolish and naive. 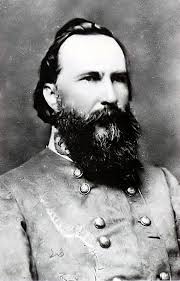 I have lived long enough to discover some of my own absolutely precise and specific recollections of events are absolutely wrong. That revelation was unnerving because I would have bet the farm I was right.

Take this Civil War example on General Longstreet's demeanor and attitude at . (Hat tip Emerging Civil War post recently by Phil Greenwalt on Old Pete. Clear HERE to read it once you finish this post.)

Based upon what has come down to us that he supposedly said or how he looked and acted, we generally believe today he was difficult, obstructive, harsh, detached, and negative and interfered with Lee's plans to the point of helping lose the battle--right?

Now, maybe he really was an ass at . I wasn't there. Neither were you. However, this part of the discussion is not really about Longstreet specifically, but about historical recollections generally and how readily we accept them as gospel.

Let's engage in some second-stage thinking, shall we? It is rare today in an age where a bumper sticker is often accepted as truth. But play along...

Ask yourself: How many words do you think Longstreet spoke during the three days at ? Thousands, right?

How many different people did he personally interact with? Scores? Hundreds?

How many words do we have that were written down contemporaneously as Longstreet spoke? Other than a couple orders from the saddle, essentially none.

How many people who interacted with him recorded their interactions in letters, diaries, recollections, etc? A very very slim handful. Less than one percent of the total?

How many of these recollections were gleaned during high stress? All of them.

Or after someone had a falling out with Longstreet? Some of them.

You can see where this is going.

Despite all these second-stage sorts of questions, we have been taught to readily accept another person’s recollections, accept a sentence or two written often years after the event about what Longstreet supposedly said, etc.

And from all this . . . we are to firmly conclude for the sake of history what Longstreet's “attitude" was like there, and thus reach sweeping conclusions.

That has always struck me as ridiculous.

Still not convinced about the process of memory vis a vis history? Personalize it.

Ask yourself: How many words do you think YOU spoke just last weekend? How many people did you personally interact with? Did you laugh and cry during that same weekend at some point? Did you ever raise your voice? Speak calmly with someone? Speak harshly to another? Show some thin shade of anger or frustration?

Likely the answer is yes to ALL of those, right?

Now, what if one person who interacted with you during ONE of those moments wrote later (and perhaps many years later) to tell others what your attitude was like that weekend, how you interacted with people, and from that made sweeping conclusions? What if that person was someone you were once close to, but had a falling out over something. Trustworthy?

If accepting sweeping conclusions formed in this manner makes sense to you, have at it.