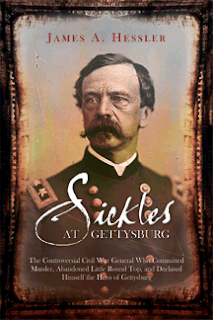 Midwest Book Review doesn't review every book it receives. And, depending upon the reviewer, the reviews can on occasion appear hasty and based upon the dust jacket. Still, they are always welcome.

This line from a recent review of Jim Hessler's outstanding (and award winning) Sickles at Gettysburg struck my eye:

"No one in the Civil War was a saint, but some were further from sainthood than others."

OK, someone was drinking their coffee that morning and hitting on all cylinders.

It concludes with, "Sickles at Gettysburg is not a read to be missed."

We agree. Hence the Bachelder-Coddinton Award for the best book on Gettysburg in 2009--and a selection by the History and Military Book Clubs.

This book is new in paperback (although we might have a dozen or so first edition hardcovers left with signed book plates--best pick one up if you want a book that will be a collector's item). 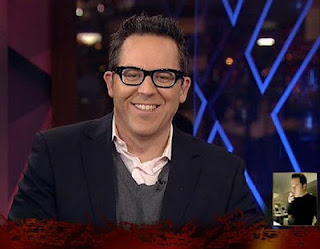 Click here to read an in-depth interview with Dr. Clemens, especially if you enjoy learning about the Maryland Campaign. Well worth five minutes.
Thanks Harry.
--tps
Posted by TPS at 8:42 AM No comments: 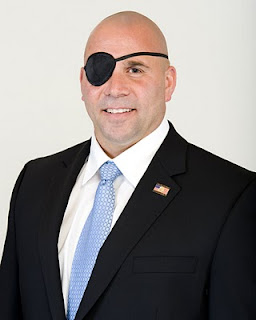 Yesterday, I wrote a post about how The Imperial Valley News seemed to openly mock a veteran's war wounds through a cartoon, now known as The Cartoon. At least that was the opinion of nearly everyone who has viewed the cartoon. The carton was about one of our authors (and now my good friend Nick Popaditch, Once a Marine).

The news spread like wildfire, from the Los Angeles Times and San Diego Tribune, San Diego TV, National Review, Mick Huckabee, Michelle Malkin, Editor & Publisher Magazine, Redstate, and about 100 other sites. My Google alerts were coming in every few minutes. They are still coming in as I write.

Nick was inundated with radio and media requests, the editor of the paper called him to apologize and has now published the apology, and after stalling and hemming and hawing and telling callers he had "No comment" [NO COMMENT?], Congressman Bob Filner (who Nick is running against for a Congressional seat) finally found his cahones and condemned the newspaper for publishing a denigrating cartoon of a veteran. 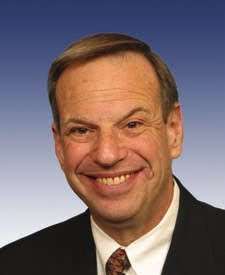 Now there is a bit of back story. Imperial Valley (highest unemployment in the nation, large Hispanic population, agricultural, and suffering) has always been a strong spot for Nick's opponent, incumbent democrat Bob Filner. Nick, however, is Filner's first real challenger--ever. And he is an everyday Joe who served 16 years in the Marine Corps, earned a Silver Star, commanded a tank, and was critically wounded for his country. And people love him. He walks the agricultural fields, sits in the cafes, and goes door-to-door--waging the kind of aggressive "boots on the ground" campaign a Marine would undertake that Filner never has and never could. And Filner is now losing Imperial Valley.

The other night, right before The Cartoon came out, Nick spoke to a large townhall meeting out in the Valley. He invited Filner to attend and "answer questions with him." Filner initially agreed, and then backed out. Nick spoke for hours to hundreds of people, remaining until every single question was answered. He was applauded, congratulated, and the people there had never seen anything like it.

AND THEY LOVE HIM.

And the next day, the newspaper runs The Cartoon.

Are Filner's fingerprints on this? I don't know. We do know that in an earlier fundraising letter, Filner said that Nick has "absolutely no qualifications to hold public office." Now think about that: 16 years in the corps, extensive combat experience, as a gunnery sergeant he organized, executed, handled logistics, and commanded men in life and death situations--and he is not qualified for public office? What an elite snob.

Filner is afraid of Gunny Pop. And he has every reason to be.

If you have not read Nick's book Once a Marine, I respectfully suggest you do so. It will change the way you look at the world and your own life. I guarantee it or I will refund your money.

And if you want to throw a few bucks Nick's way, help him out  by clicking here. 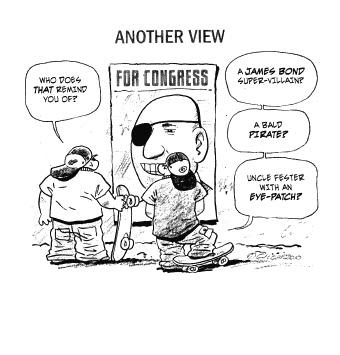 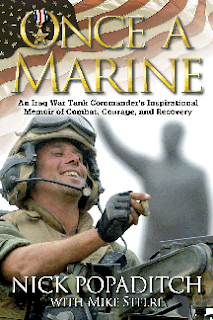